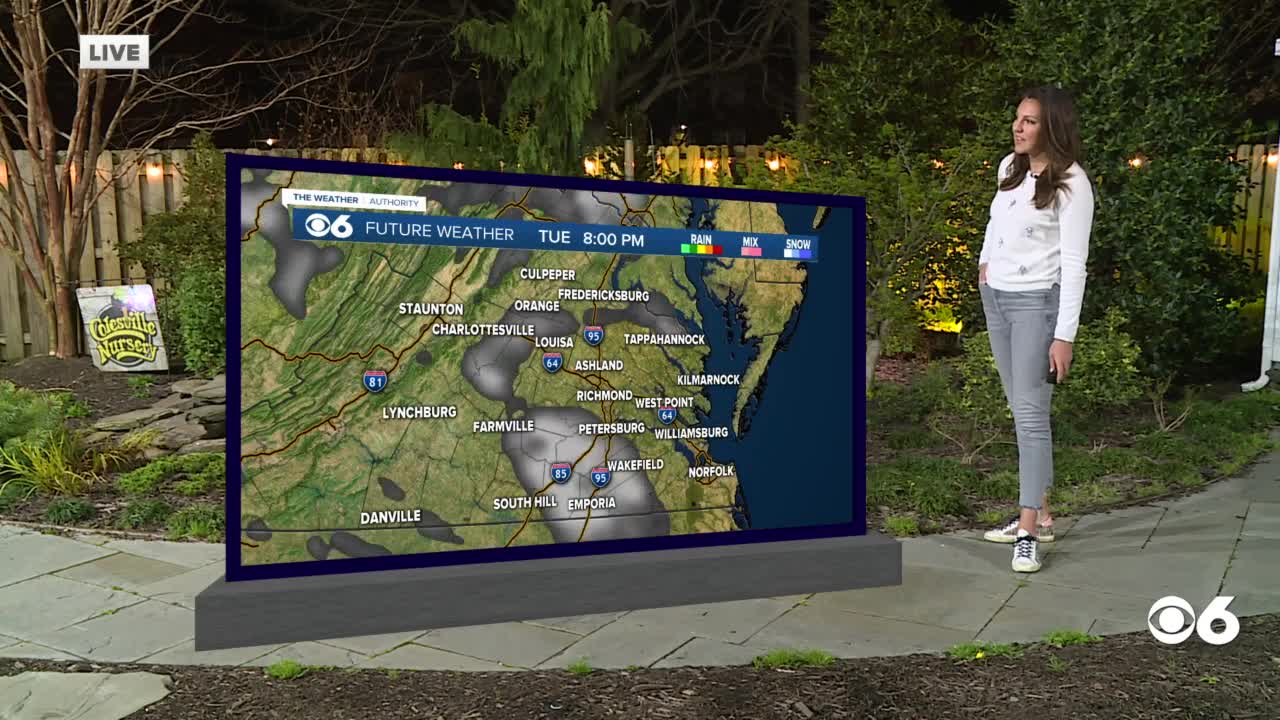 It's not all good news, however.

TONIGHT: Partly to mostly cloudy with a slight chance of a shower or thundershower.

Temperature: Partly cloudy and warm. The low is forecast around 49, and a chance of showers and thunderstorms is in the forecast. More of the same is expected on Tuesday with partly cloudy skies, warm temperatures, and an isolated shower or thunderstorm.

The Western half - Temperature: Cloudy and cool with isolated showers and rain, but fine and warm in places becoming partly cloudy in the north. There's a slight chance of showers after 9 p.m., with the low around 54.

Monday will start seasonable with highs in the low 80s.

WEDNESDAY: Partly sunny to mostly cloudy with an isolated shower or thunderstorm possible. Friday will likely be the wettest day of the week with occasional showers around and the threat for a rumble of two of thunder.

Thursday night.cloudy with a 60 per cent chance of showers.

Both Saturday and Sunday have a chance of showers, with Saturday's high near 67 and Sunday's around 63.