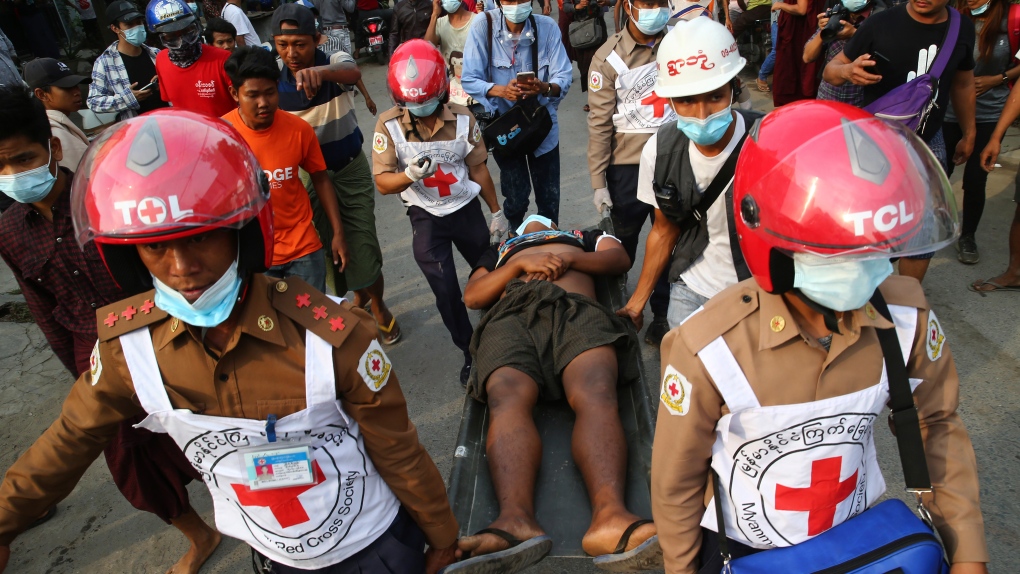 A young woman who was shot in the head by police last week during a protest against the military coup in Myanmar died today, her family said.

Two people were killed in Myanmar's second city Mandalay on Saturday when police fired to disperse protesting opponents of a February 1 military coup, emergency workers said, the bloodiest day in more than two weeks of demonstrations. A hospital official said the cause of her death would be investigated by a medical board.

He confirmed she had passed away around 11 a.m. local time on Friday while on life support.

Mya Thwate Thwate Khaing's injury also brought scathing global condemnation of the junta. She has since become a symbol of resistance for protesters, who have hoisted her photos high in demonstrations and even unfurled a massive banner of artwork from a bridge showing the moment she was shot.

"We are heartbroken and can not talk about it much now", her brother said, adding that a funeral service would be held on Sunday.

Police in Yangon sealed off the city's main protest site near the Sule Pagoda, setting up barricades on access roads to an intersection where tens of thousands have gathered this week.

"Sanctioning military leaders is largely symbolic, but the moves to sanction military companies will be much more effective", said Mr Mark Farmaner, director of the Burma Campaign UK group.

"I feel that the bullet that hit Mya Thwate Thwate Khaing's head has also hit our heads".

Condemnation of the violence has been fierce, and US Secretary of State Antony Blinken has held talks with allied countries in recent days to press for a firm global response.

"We will work with partners and allies to press the Burmese military to reverse its actions".

Some 500 police and soldiers descended on the area near Yadanabon dock after dock workers joined the national civil disobedience movement, refusing to work until the military junta that seized power in a February 1 coup reinstates the democratically elected government.

The army seized back power after alleging fraud in November 8 elections that Suu Kyi's National League for Democracy swept, detaining her and others.

Almost 550 people have been arrested, charged or sentenced since the coup, according to the Assistance Association for Political Prisoners (AAPP), with 500 still behind bars.

In the northern city of Myitkyina, a small group of protesters was forcefully dispersed by police and military wielding batons, according to video posted online and witnesses.

The AAPP confirmed that two teachers were arrested but later released.

Security forces have been relatively restrained so far in confronting protesters in Yangon, but appeared to be toughening their stance in areas where there is less media presence.

This week, images of a soldier in the Sagaing region joining anti-coup demonstrators went viral. The military has blamed protesters for instigating violence.

"When I woke up, I realised I was wrong". Another one died later with a bullet wound to the chest."Police were not available for comment".