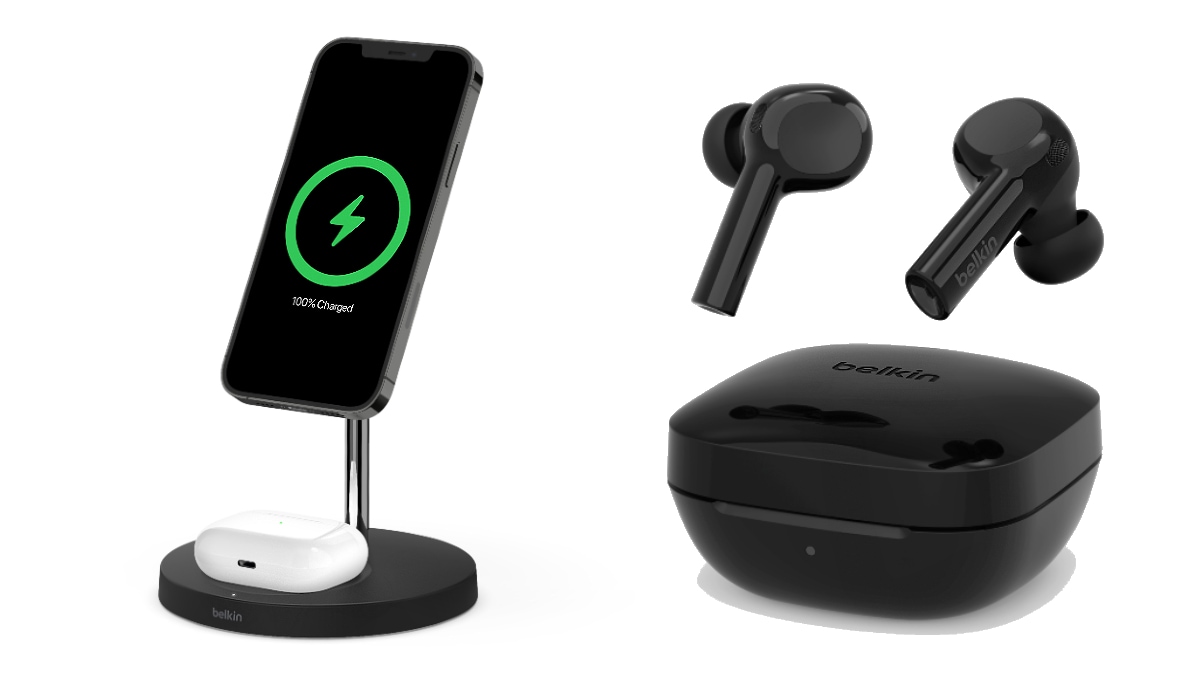 Now, the futuristic charging tree will supply just a MagSafe pad and a typical Qi charger for your AirPods (or any other product that matches), dropping the Apple Watch charger uncovered on the 3-in-1.

(Pocket-lint) - Accessory behemoth Belkin has announced two new key products at CES 2021. It's a minimalist stand that blends in well with Apple products. And the a single-third reduction in features comes with a similar...

Devices can be charged while in protective cases.

The Satechi Aluminum 2-in-1 Magnetic Wireless Charging Stand launched Tuesday on its designer's website for $59.99.

So far, we only know that the Boost Charge Pro 2-in-1 is priced at Dollars 99.95 (~RM406). It elevates the handset while charging it, making the screen easier to see. Kensington calls this the "StudioDock" that has the ability to transform the iPad Pro to nearly like a MacBook, with its USB Ports for the Type A and Type C connections.

Though the charging stand includes magnets, it is not MagSafe and it is limited to charging an iPhone at 7.5W rather than the 15W that's available with official ‌MagSafe‌ chargers. To get started, plug in the device using the USB-C port, then place your iPhone and AirPods in their respective charging areas. The StudioDock is yet to be released by Kensington and has not yet revealed its price.