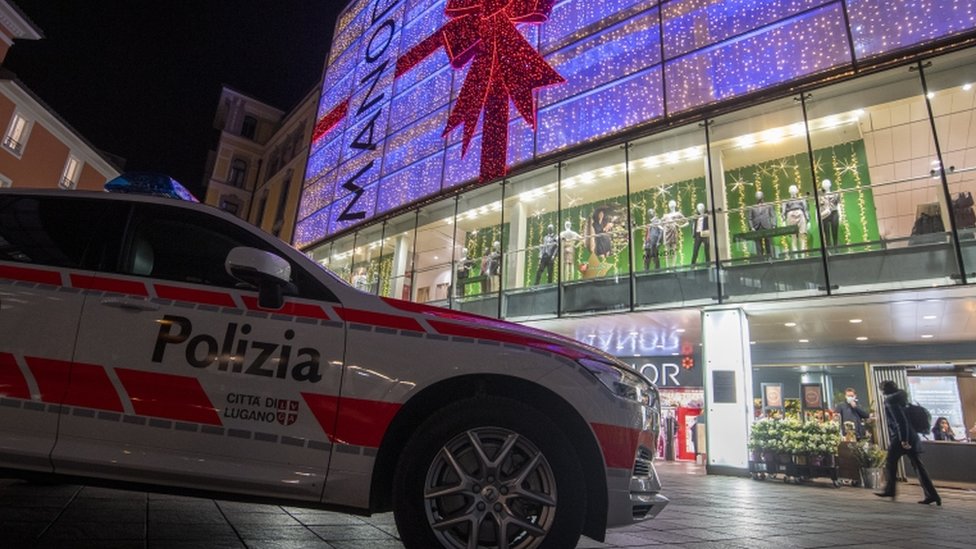 GENEVA (AP) - Swiss federal police said Wednesday a woman suspected of carrying out a knife attack that injured two other women and is being investigated as possible terrorism had formed a relationship online with a jihadi in Syria, and had attempted to travel there.

A Swiss woman attacked two other women in a supermarket in southern Switzerland on Tuesday, regional police said, adding that "terrorist motives" could not be excluded.

Catherine Maret, a spokeswoman for the federal police, said the suspect was "known to police" and had "appeared recently in police investigations with regard to terrorism" - specifically jihadism.

"The woman was suffering from mental health problems at this time", fedpol tweeted. "After returning to Switzerland, she was admitted to a psychiatric clinic", Fedpol added, saying she had not come to its attention in any terror-related investigation since 2017.

One victim has serious but not life-threatening injuries.

A member of the public was able to pacify her until police could arrive and arrest her, police said.

"A department store in Lugano was the scene of a suspected terrorist-motivated attack on several people", the federal Office of the Attorney General said in a statement.

In September, a man Swiss media dubbed the "Emir of Winterthur" and described as a leading Islamist militant in Switzerland was sentenced to 50 months in prison for ties to the Islamic State in Iraq and Syria. "We stand with Switzerland in these hard hours", he added. A Swiss-Turkish national has been arrested.