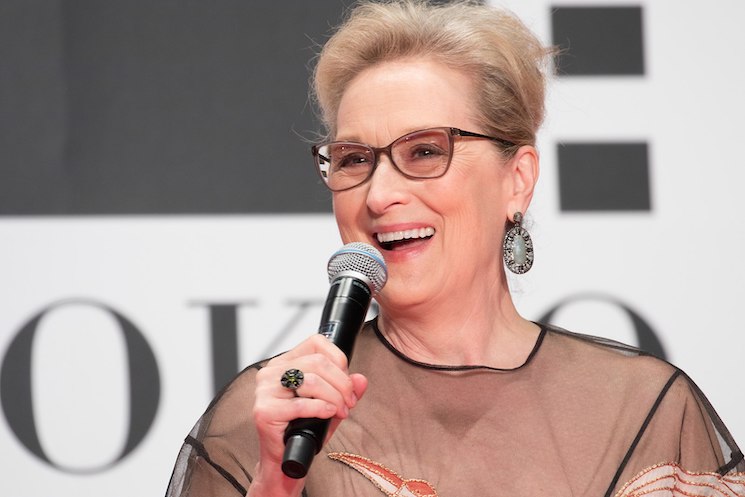 The film, which will be released on Netflix December 4, is adapted from the Broadway musical, "The Prom" tells the story of a troupe of self-obsessed theater stars who swarm into a conservative IN town to support a high-school girl who wants to take her girlfriend to prom.

"Gotta wear your crown or your tiara/Now is the time to bust out the mascara/Who needs shade, there's nothing dullah", the 71-year-old Oscar victor raps.

Jo Ellen Pellman, Kerry Washington, James Corden, Ariana DeBose, Keegan-Michael Key, Nicole Kidman, Andrew Rannells and Meryl Streep will all appear in the piece, which is based on the six-time-Tony Award-nominated show of the same name.

The new tune, "Wear Your Crown", is performed by the cast over the credits and features Meryl Streep rapping - with a fleeting reference to Michelle Obama. Glee music producers Adam Anders and Peer Astrom joined songwriting duo Sklar and Beguelin for the film soundtrack. We're just excited about it as you are, so take a listen to hold you over until the film premieres on Netflix on December 11. "I wanted to make something that had the sparkle and the charm and humor of Singin' in the Rain".

India vs Australia: Zaheer Khan feels bowlers will decide fate of tour
India, in their last tour of Australia in 2018-19, had registered their first-ever Test series win Down Under. According to Zaheer, the reason is that both teams have the best bowlers in the world.