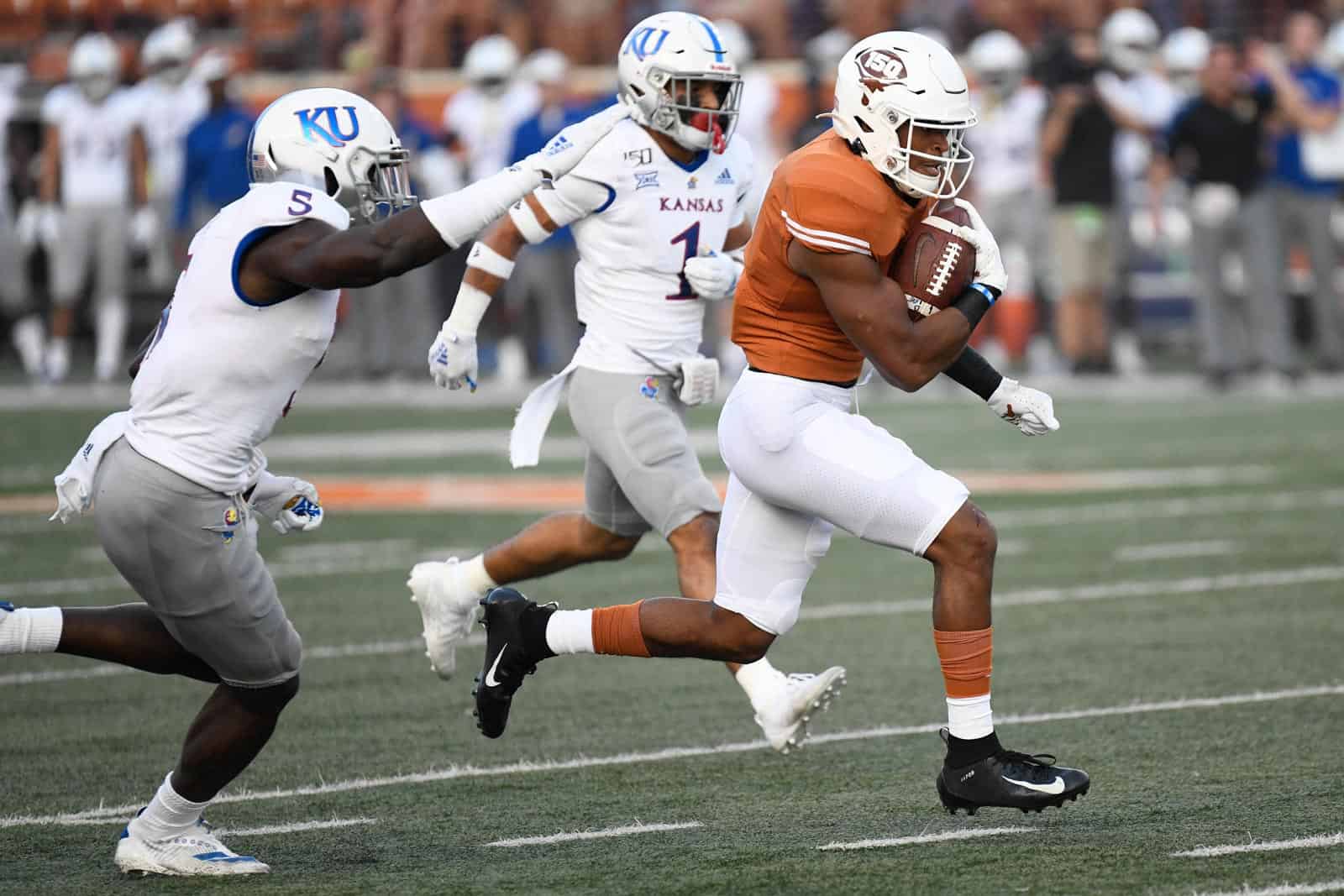 Amid injuries, COVID-19 concerns, Saturday's game between Kansas and Texas moved to Dec. 12

No. 22 Texas at Kansas was among six games postponed Wednesday by COVID-19 problems as the virus took another chunk out of this weekend's major college football schedule.

According to KU, the football program has gone through 825 COVID-19 tests since November 8, with five returning positive on different testing days during that time span.

Texas, which is 4-2 in the Big 12 and has won three straight games, remains in the running for a spot in the Big 12 championship game, which will be played on December 19 at AT&T Stadium in Arlington, Texas.

Coming off their third bye week of the pandemic-altered 10-game season, the Jayhawks (0-7 overall, 0-6 Big 12) now will go three weeks between games, with their next date on the schedule coming November 28 at home versus TCU. Kickoff time and television coverage will be announced at a later date. The Jayhawks previously were scheduled to end their season on December 5 at Texas Tech. The minimum number of players required to play a game was set at 53, with specific numbers established for each position group. The game will be televised by ABC at 12:00pm ET.

The Jayhawks are now set to play next on November 28 at home against TCU. The game is scheduled for 8:00pm ET and will be televised by FS1.