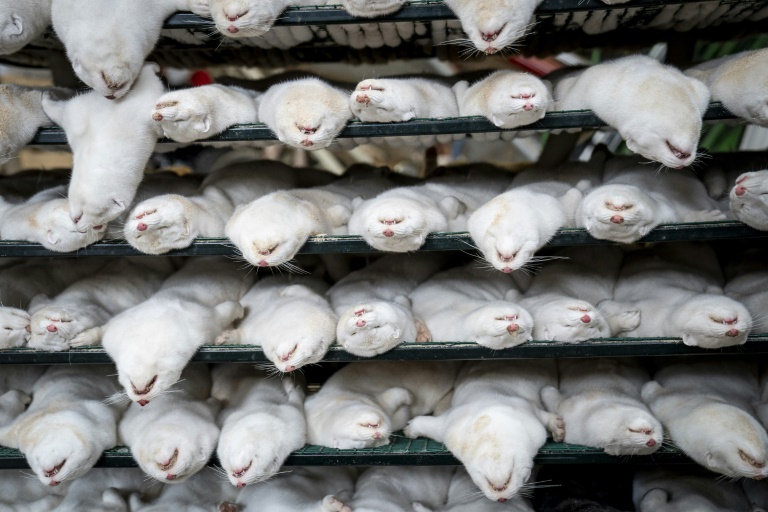 On Wednesday, Danish Minister for Food and Agriculture Mogens Jensen resigned as the government declared the culling of all farmed mink across the country illegal since it had only been allowed in affected areas.

The Chief Sanitary Inspectorate said there were 18 cases of infections among farm workers that were unrelated to each other.

The statement said: "While the Irish government is leaning on the recent Danish decision to cull all animals on these farms, it neglects to mention that the Danish decision was based on a rapid increase in the number of infected mink farms". Industry groups objected strongly to the tests, worrying they could lead to a nationwide cull.

The population of wild minks in Ireland is up to an estimated 33,500 according to a report by the National Parks and Wildlife Service which was compiled in 2009.

Known as "pelting" the process involves the minks being euthanised before their skin is removed.

Now the Department of Agriculture has informed the owners of three mink farms in Ireland that their mink are to be culled to halt the potential spread of a mutated form of the Covid-19.

However, the department of health issued a statement saying "that the continued farming of mink represents an ongoing risk of additional mink-adapted [coronavirus] variants emerging". It was the large mink reservoir of COVID-19.

Two weeks after sounding the alarm about a mutated variant of the new coronavirus in minks that could threaten the effectiveness of a future vaccine, Denmark said on Thursday (Nov 19) the strain has likely been eradicated.

The contamination of minks is not new, with breeders in several countries, including the Netherlands, Spain, Sweden and the United States, reporting cases. Earlier this month, authorities said that 11 people were sickened by it.

It said this is available to view along with specific protocols for livestock farmers regarding TB testing and the prevention of the spread of COVID-19 on the dedicated COVID hub of the Department website.

The ISPCA said its joint campaign with Veterinary Ireland for an end to fur farming resulted in the Programme for Government commitment to phase it out.

Michael Whelan, the executive director for Fur Commission in Medford wrote about the animal rights organizations: "Animal welfare is a farmer's entire livelihood".