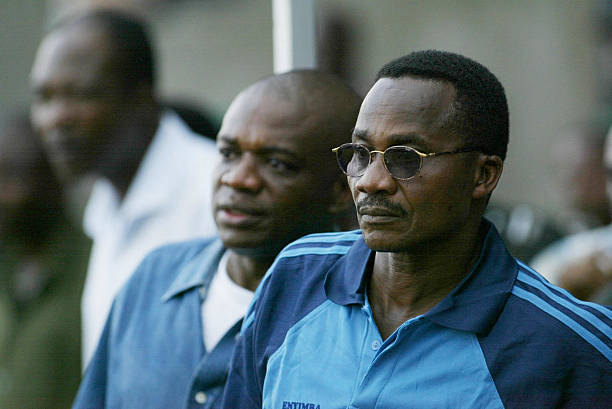 The 60-year-old senator has expressed his desire to buy a 35 per cent stake in the Premier League club to turn around the fortunes of the Gunners.

Enyeama who was part of the Enyimba team that won the CAF Champions League back-to-back in 2003 and 2004 while Kalu was governor of Abia State however said the Senator should think about making Enyimba a "mega club" that can create job opportunities for Nigerian youths instead of taking his money overseas. It seems that from the Nigerian government a new investment muscle could arrive to take the club out the hard financial situation they are going through.

But, a former member of those glorious 2003, 2004 eras at Enyimba has criticized Kalu's declaration.

Vincent Enyeama was Enyimba's first choice goalkeeper during those illustrious campaigns on the continent.

The Super Eagles' most capped player ever then transversed Europe starring for Israeli and French clubs before retiring in 2018.

Following the reported comments of Orji Kalu On Arsenal with quotes, "Our success with Enyimba between 2000-07 has increased my passion for football".

"Why not invest that money in Enyimba and turn it into a mega-club", Enyeama tweeted.

He told the Financial Times" Business of Football Summit that a move to gain full control of a "top six" could cost "at least £2 billion', which is around twice as much as Kalu's estimated net worth.

"As Pillar of Sports in Africa am considering an investment in football & ll buy 35% stake in Arsenal".

"Doing what you love and loving it is where greatness lies. I need 35 per cent of Arsenal to bring back trophies".

The largest shareholder on the Arsenal board is American Stan Kroenke.