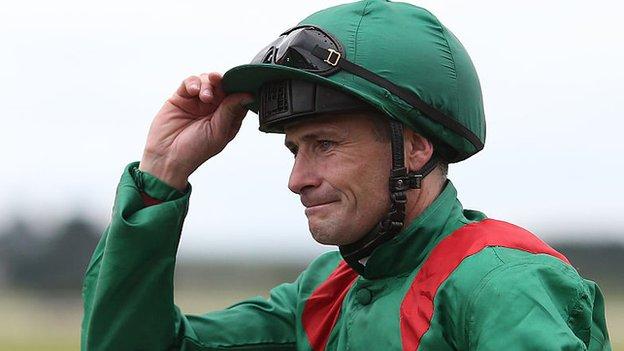 Smullen formed a formidable partnership with Dermot Weld during his career

Offaly's Pat Smullen has passed away.

He was diagnosed with pancreatic cancer in 2018. Britain's Press Association said Smullen's initial treatment had been positive, but he suffered a relapse.

Smullen's initial treatment had been positive, but he suffered a relapse and was forced to abandon plans to ride in the Pat Smullen Champions Race For Cancer Trials Ireland at the Curragh in September past year.

The victor of 12 European Classics, Smullen won the 2016 Derby on Harzand.

Smullen was also a multiple Group One-winning jockey internationally, including the Breeders Cup Marathon at Santa Anita in California in 2008 riding Muhannak.

After being diagnosed with the cancer in 2018, the Racing Post article says Smullen received a clear bill of health previous year, before facing the cancer's return in recent months.

Pat Smullen. RIP. Our thoughts are with his family and many friends.