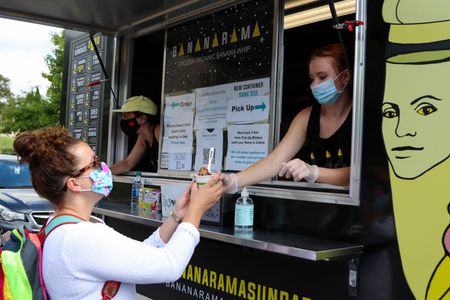 With COVID-19 activity at moderate levels, state health officials recommend that schools offer no sports or extracurricular activities and provide distance learning with the option for limited in-person learning for students who need it most, such as children with disabilities and students experiencing homelessness. Over the past two weeks, an average of about 501 patients per day have been hospitalized with COVID-19, with the number falling steadily since late July. The remaining people with COVID-19 are recovering at home in self-isolation.

But another 102 people also recovered from the disease, which resulted in the number of active cases dipping slightly to 1,590. No new deaths were reported, B.C.'s death toll remains at 219.

One new health care outbreak was reported in the Vancouver Coastal Health region.

The province is reminding British Columbians to continue to monitor themselves for symptoms and stay home when sick to prevent transmission of the virus that causes COVID-19. "And if we do have symptoms, contact 811 to arrange to get tested", continues the statement. What we do know is that now is the time for all of us to take a step back so we can move forward safely.