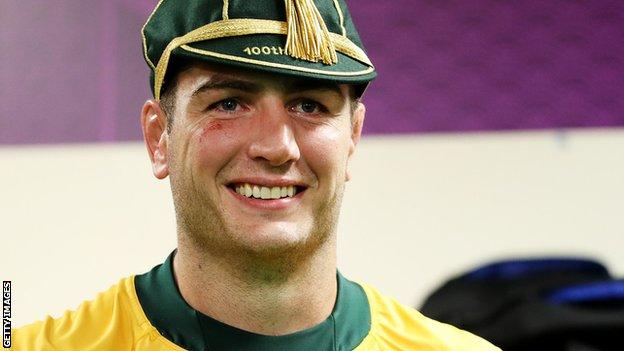 Simmons has been related to a proceed to English Premiership club London Irish where he is anticipated to form an all-Australian 2nd row with Wallaby Adam Coleman.

Simmons spent almost a decade with the Queensland Reds, winning the Super Rugby title in 2011, before heading to Sydney to join the New South Wales Waratahs.

Super Rugby AU is set to continue until mid-September and Simmons is now joint-second for most line-outs won after four rounds.

The 31-year-old, who has played 100 times for his country, will link up once more with former Waratahs teammates Nick Phipps and Sekope Kepu when he arrives in Britain.

"Rob's been an outstanding human first and foremost, just one of those people you really enjoy having around your group", said Penney.

Simmons - who was an integral member of the Australia side that reached the 2015 World Cup final only to lose to New Zealand - said it had been "a really tough decision" to leave the Waratahs but he felt it was the right time to sample a championship overseas.

"His leadership and influence over our squad has been outstanding to witness - particularly given the challenges we've all recently faced", Waratahs coach Rob Penney said.

The three-time World Cup veteran is leaving the NSW Waratahs after a two-year stay.

"He leaves a real mark on this group with the experience he's been able to impart on the next generation of Waratah and while we're sad to see him go, we understand what a great opportunity this is for Simmo and his young family".