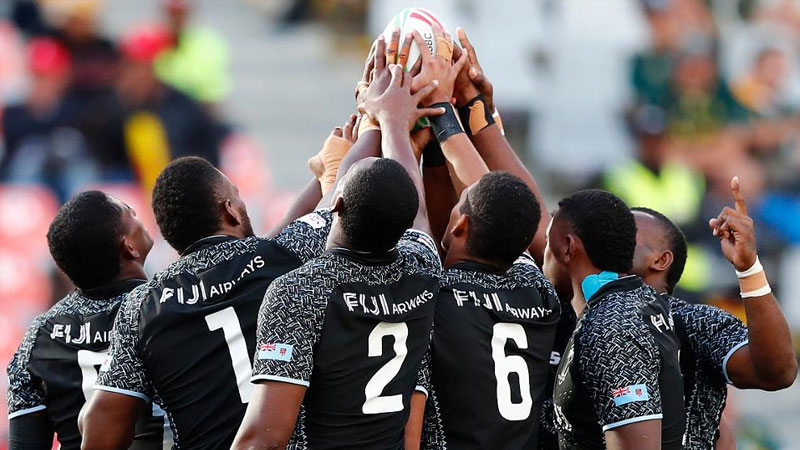 Inconsistency hurt South Africa in the early part of the season, particularly in the third leg in Hamilton, where the Blitzboks endured their worst tournament finish - 10th - in seven years.

The Langford, London, Paris, Singapore and Hong Kong stops had been postponed but World Rugby has confirmed they will not take place.

"It is a real credit to all players and the wider management for the work they were doing in the build up to the Tokyo Olympics, and I'm sure they will pick up where they left off when they reassemble later in the year", Robinson said.

The women's team won all but one of their five previous tournaments and were 16 points clear of Australia in second place.

World Rugby announced the decision on Tuesday morning, after a consultation process that looked at the possibility of concluding the season in the wake of the novel coronavirus.

New Zealand have been declared both the men's and women's Sevens Series champions after World Rugby cancelled the remaining legs of the season due to the COVID-19 pandemic.

"The decision follows detailed and constructive dialogue with the host and participating unions, and has been taken with the health and wellbeing of the rugby community and the wider public as top priority, and in line with the relevant national government and public health authority advice". Powell added that the cancellation of the World Rugby Sevens Series brought clarity for the team: "We can now cancel all provisional dates and start to plan for the next series".

There will be no relegation in either series but Japan will be promoted as the victor of the men's second-tier series.

The national sevens teams are now on leave with many players involved in club rugby before aiming for selection in the Mitre 10 Cup and Farah Palmer Cup competitions.

"Rugby sevens is a key driver of global growth for our sport, particularly in emerging nations, and it firmly remains a top priority for our organisation". We have, effectively, got two shots at preparing for an Olympic Games and we have been able to review everything we have done for this year and that is exciting'.

"We thank our union, commercial and broadcast partners for their continued support and solidarity during this hard time". The health, safety and welfare of the players, fans and everyone working on the events must be the priority. "We played some good rugby at times and I will consider the season as a success".