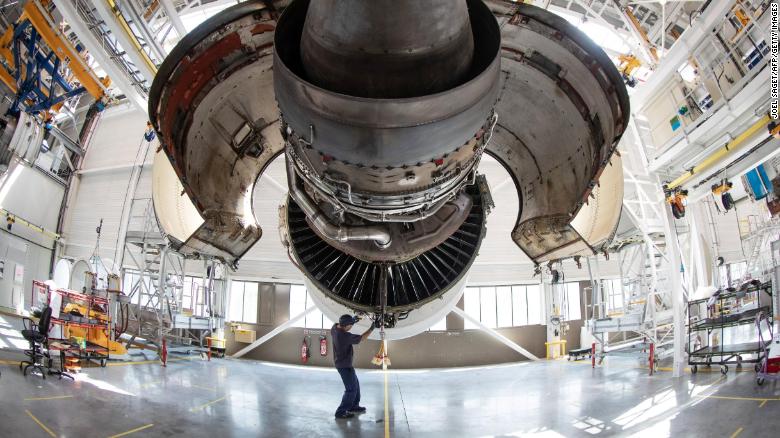 Aerospace giant Airbus says it plans to cut 15,000 jobs as it deals with the effects of the coronavirus crisis.

"Being the largest commercial aircraft company in the UK, Airbus is central to our aerospace industry and has a close relationship with its highly-integrated UK supply chain".

The move is subject to talks with unions which have opposed compulsory redundancies.

The overall tally includes another 900 job cuts planned before the crisis at its Premium AEROTEC unit in Germany.

Unite, a manufacturing union in the United Kingdom, called the job cuts an "yet another act of industrial vandalism". Earlier on Tuesday, French union sources predicted 15,000 total cuts.

"The number of job cuts announced by Airbus is excessive".

Airbus said compulsory redundancies can not be ruled out at this stage, adding it will work with its social partners to limit the impact of its plans by relying on all available social measures, including voluntary departures, early retirement, and long term partial unemployment schemes where appropriate.

Now, the Chief Executive Officer (CEO) of Airbus Guillaume Faury has provided an indication as to when the European manufacturer expects some sense of normality and a return to 2019-levels of business.

"It is the reality we have to face and we are trying to give a long-term perspective to Airbus", he told reporters.

The company had already in April said it was cutting production of its planes by around a third.

Germany and France are the most affected countries with approximately 5,000 job cuts in each country.

Airbus is a global leader in aeronautics, space and related services.

Boeing said last month it was eliminating over 12,000 U.S.jobs, including 6,770 involuntary layoffs, after the pandemic aggravated woes caused by the grounding of its 737 MAX, which competes against the latest version of the A320.

Paul Everitt, chief executive of trade body ADS said: "This is undoubtedly the toughest period the global aerospace industry has ever faced".

The job eliminations come despite a 15-billion euro ($16.9 billion) rescue package announced by the government earlier this month for France's aerospace industry, in hopes of saving jobs and keeping Airbus and national airline Air France competitive.