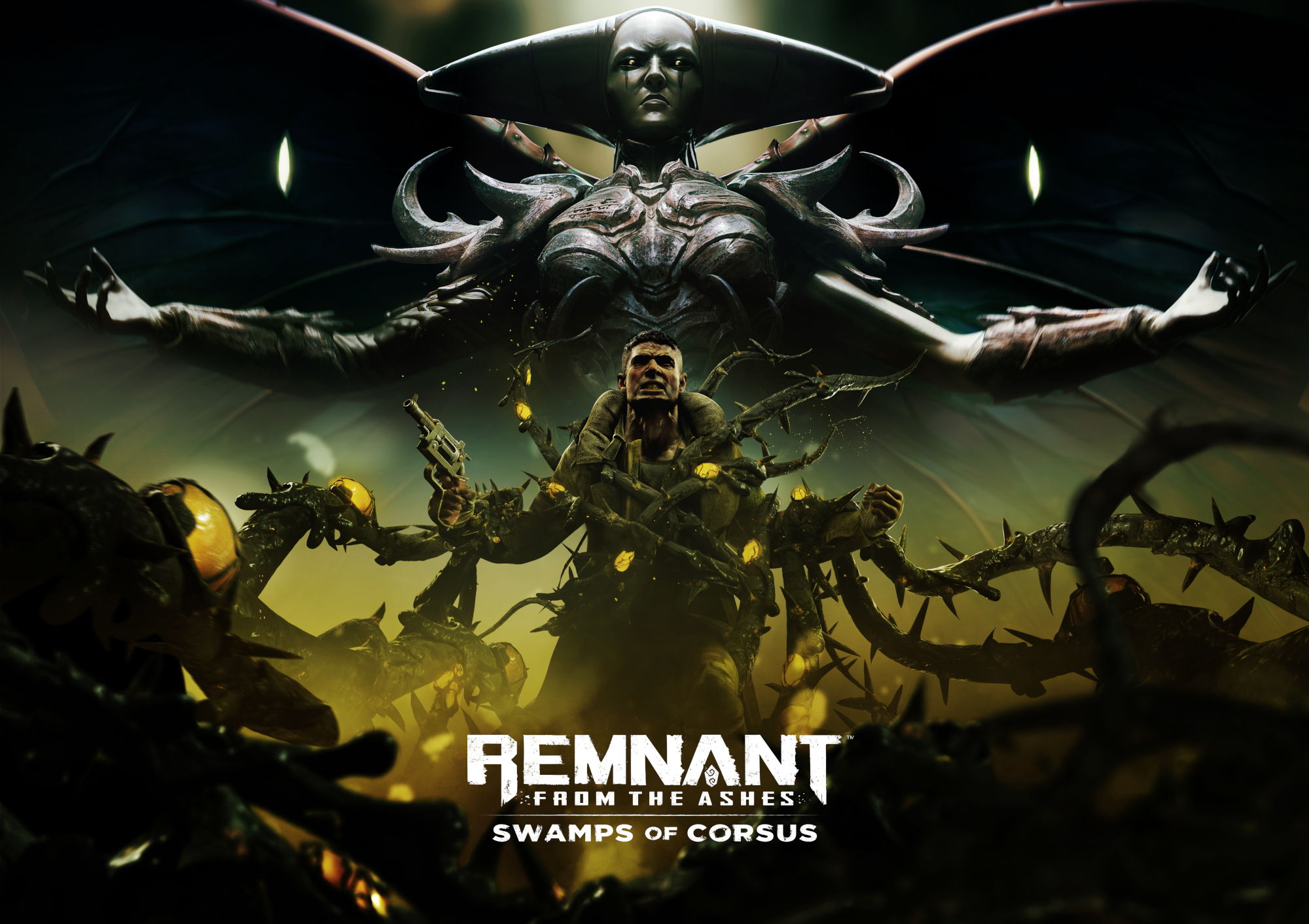 Remnant From the Ashes- Swamps of Corsus key art

The new Swamps of Corsus DLC for consoles can be had for just $10 / €10, but for those who don't have the base game, a bundle that includes both is now available for purchase for $45 / €45, which is a fair price considering the amount of content the game and DLC offers.

Remnant: From the Ashes is available now on the PlayStation 4, PC via Steam, and Xbox One platforms. Start off your adventure with absolutely nothing however a handgun, some scrap and the skin on yourback Travel randomly through corrupted World Stones to various biomes, scrap-up gear, fight remarkably- challenging bosses and test your endurance on how long you can withstand The Root's impact. Those who can fearless it will be rewarded with brand-new equipment, such as the Hero's Sword and Carapace Armor. Players have to confront the Queen and stop the Iskal to reclaim the future of Corsus. Exploring Corsus in Adventure Mode gives players the chance to earn unique rewards - including three powerful weapons - by overcoming various challenges in the form of deadly overworld enemies, four side dungeons and two epic bosses, like the menacing Barbed Terror. Here, players must battle for their lives as they are armed with only a pistol and some scrap, in what is described as a rogue-like offering. Those courageous enough will travel randomly through corrupted World Stones to different biomes, scrap-up gear, fight insanely-difficult bosses and test their endurance.

The Iskal Rise - The swamps of Corsus swarm with new content! The premium DLC also adds a range of new content, including new bosses, events and quests. In addition to the Hero's Sword and Carapace Armor, players can further look forward to collecting fresh mods, traits, and a number of other weapons.