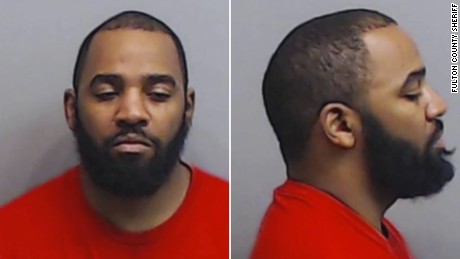 Davis has now admitted that he never contracted the virus, but not before his company shelled out $100K to sanitize his entire workplace and quarantine other employees.

He allegedly submitted a falsified medical record to the company, which then closed the facility for cleaning "in concern for its employees and customers", and paid employees during the shutdown, the release says. A telephone number for Davis couldn't be found, and his lawyer did not immediately respond to an email seeking comment.

The story says he made the claims to his company in March "shortly after he and his fellow employees were told that if they tested positive for the virus, they would be granted paid time off".

According to an Federal Bureau of Investigation affidavit in the U.S. District Court for the Northern District of Georgia, Davis was at work in mid-March when he received a call informing him that his mother had been exposed to the coronavirus and needed to self-quarantine. His supervisor said Davis could continue working because that was a "low risk" exposure, but he checked out early, saying he was anxious about his mother. Davis, who lived with his mother, was considered at low-risk of exposure and was allowed to return to work.

The next day, Friday, March 20, Davis texted his supervisor to say his mother had developed symptoms overnight and they were waiting for her test results, the agent's statement says. Prosecutors say this is how they knew the letter was fake.

That cost the corporation more than $100,000 and forced the unnecessary quarantine of several other employees, according to the United States attorney's office.

Things began to change, however, when the company's human resources folks got ahold to the paperwork Davis provided. The company also called the hospital where Davis said he'd been tested and found out that it wasn't doing COVID-19 tests.

"The defendant caused unnecessary economic loss to his employer and distress to his coworkers and their families", U.S. Attorney Byung J.

The case is part of Georgia's Coronavirus (Covid-19) Fraud Task Force, which seeks to help protect citizens from fraud arising from the pandemic, the release says.

North Korea's Kim Jong Un chairs meeting, discusses nuclear plans: KCNA
A South Korean official told Yonhap News the development was "noteworthy" and said "it appears to stress patriotism and love for the people rather than mystification of the leaders".

NIH Trial: Gilead’s Drug Works Best in COVID Patients on Oxygen
It's possible some patients who could benefit from the medicine may miss the window, if those results hold up. Remdesivir has recently been authorised by the U.S. for emergency use in the treatment of COVID-19 patients.

Air France retires Airbus A380 in coronavirus response
Air France has announced it will immediately retire its Airbus A380 fleet following the impact of the COVID-19 crisis. Emirates is the biggest A380 operator with 115 and has said it expects to keep some into the 2030s.