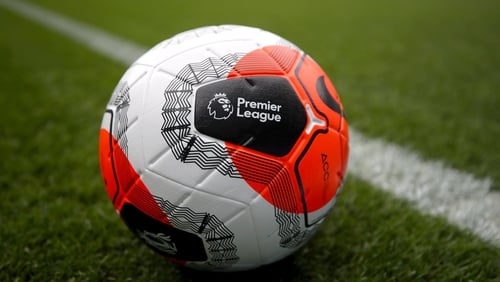 Jurgen Klopp's side began socially-distanced training in small groups on Wednesday as the Premier League steps up its bid to resume the season in June.

The unnamed pair join Watford defender Adrian Mariappa and two staff who went into isolation this week after they tested positive in the English Premier League's first round of testing.

The Jamaica worldwide defender was one of three employees of the club, including two non-playing staff, to test positive for the virus during a routine screening as the squad reconvened for training after a two-month break caused by the pandemic, which has killed more than 36,000 people in the United Kingdom alone.

"I feel very comfortable with all the measures the Premier League and the club have put in place, along with all my other team mates", Henderson, 29, told Sky Sports.

"We've got until nearly the end of August to finish the season".

"It's very clear from the government stance they have no intention of slowing down our involvement back in the Premier League". Like this you have at least four weeks to train with the team if it's possible. "He's disappointed he's not in and we've got other people who are away because they have to self-isolate because of being in contact with people who have been tested positive, and then we have players who have decided they will continue to train on their own".

'Possibly, ' said Pearson (below) when asked if he expected this timescale to be accurate, but he warned of problems, including an increase in muscle injuries when players step up training to full contact.

He added: 'I find it awkward to talk about football when we've got so many fatalities. "It's got to be timed right and done for the right reasons". You can't compromise people's health.

"I fully respect their opinion".

One of the fears among players is that those from black and ethnic minority backgrounds may be more vulnerable to coronavirus. I have no doubts in his case he'll be fine when he comes back in.

Liverpool captain Jordan Henderson insists he has felt "very safe" since his club returned to training amid the coronavirus crisis this week. So, he's gone home.

"I don't like being involved in a propaganda campaign but having read the info that's come our way about "Stage 2" and all the stuff that's in the public domain about how they want to push it forward". Probably yes, a bit. We're taking every precaution we can and the players and staff have been fantastic this week'.

"We just have to follow the protocols of being in isolation for a week", he said.

He also recognises the need for "contingency plans" and said "curtailment is still a possibility", meaning the season would be stopped.