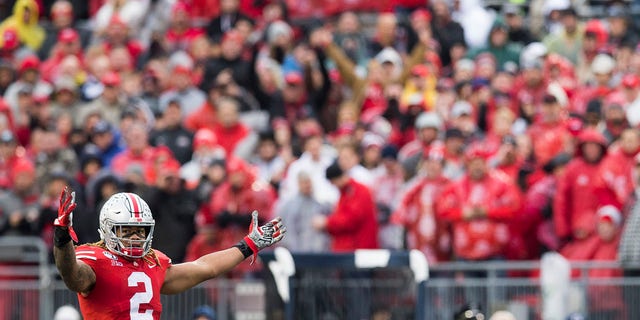 Smith said Tuesday that football players would be allowed back to the athletic complex June 8 for voluntary workouts, with strict guidelines in place.

But Smith thinks if any athletic program can pull it off - its Ohio State's.

Though players could begin to return, it would not be mandated for them to return to Columbus. "But if we don't have fans in the stands, we've determined it's not safe for them in a gathering environment".

Smith's comments come as the governors of OR and California have suggested that stadiums could remain closed during the football season due to the spread of the coronavirus. Within conferences alone, there is uncertainty as to whether all teams will be on the same page.

"One of the things is we're constantly getting educated about the virus and this disease", Smith said during a almost hour-long teleconference Wednesday afternoon. Ohio State is slated to play at OR in September, but it's questionable whether that game will take place. Smith said there have been no conversations with Rob Mullens, the athletic director at OR, about flipping the sites of the schools' home-and-home agreement for this year and next.

"Student-athletes will have to sign up and go through protocols, such as temperature checks and things of that nature", Smith said, according to The Lantern, Ohio State's student newspaper.

In April, Smith said he "struggled" with the concept of staging football games without fans. On Wednesday, he said he is becoming increasingly open to the idea if that is where the decisions fall.

Gene Smith isn't ready to say he's 100 percent comfortable yet that there will be a full, 12-game college football regular season.

"Between the two facilities, through the course of a day, we feel like we can get close to 50 athletes through a workout", Smith said. "I think it's possible". Smith later clarified on his Twitter account that should social distancing guidelines be eased, perhaps capacity could be as many as 40-50,000 people. Smith said there's already a points system in place but that after that, the university will look at the athletes families, students and faculty first.

"Our points system has held the test of time, so that would probably be one (way)", Smith said.