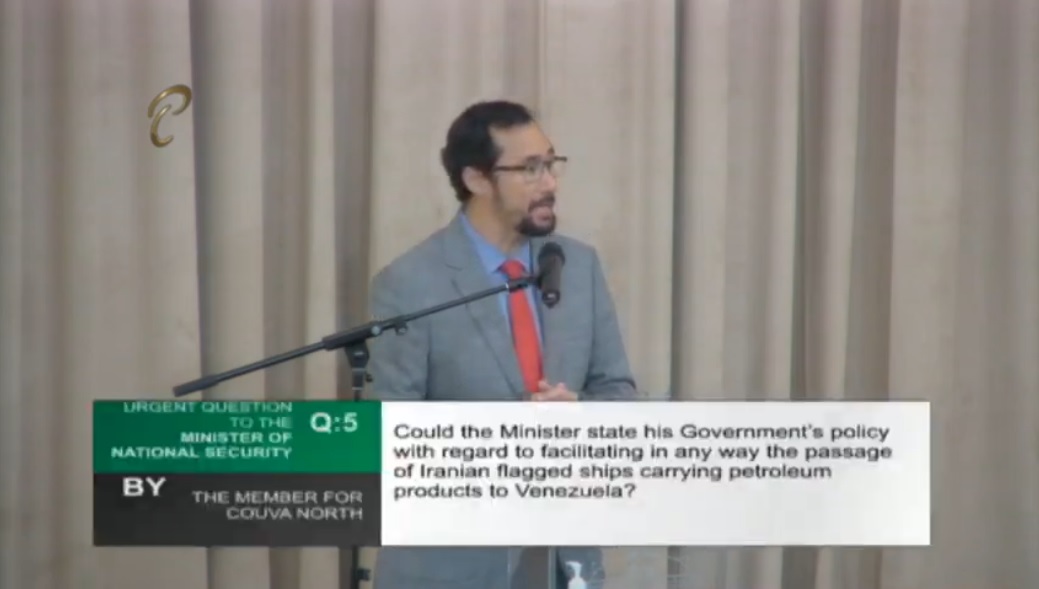 Five tankers transporting 1.5 million barrels of Iranian fuel to Venezuela are now near the Caribbean, with the first ship scheduled to reach the country's territorial waters by Sunday.

Iran is supplying about 1.53 million barrels of gasoline and alkylate to Venezuela.

While a cold war with China is working its way towards the inevitable, another situation is developing that could lead to physical clashes between Iran and the United States over the former's attempts to ship fuel to Venezuela amid the collapse of its refining industry.

"Iran will never initiate a conflict". Washington is considering measures in response, according to a senior USA official, who did not elaborate on any options being weighed.

He was responding to an urgent question on Government's policy on facilitating in any way the passage of Iranian-flagged ships carrying petroleum products to Venezuela.

The United States recently beefed up its naval presence in the Caribbean for what it said was an expanded anti-drug operation.

Venezuela's defence minister said the military will escort the tankers once they reach the nation's exclusive economic zone.

It has been navigating with its satellite signal on since it passed the Suez Canal earlier this month.

PDVSA's gasoline output is now limited to a single facility, the Amuay refinery, but most fuel produced is low octane as most of the country's alkylation units are out of service, according to company sources.

This followed Iranian Foreign Ministry spokesman Abbas Mousavi warning late last week that the USA may "suffer repercussions that arise out of any unthinking measure [that it could take]" against Venezuelan-bound Iranian fuel tankers.

Hook's statement comes as the Trump administration has reportedly been considering new sanctions and other steps in response to Iranian oil exports to Venezuela. Shipments of equipment in flights by Iran's Mahar Air have arrived in Venezuela in recent weeks to start fix work.

Hook declined to comment about such considerations or possible penalties for the activity, citing U.S. State Department policy not to preview any actions, including sanctions, taken by the department.