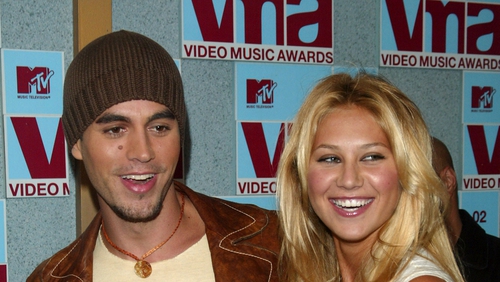 Enrique Iglesias and Anna Kournikova have announced the wonderful news they have welcomed their third child.

Kournikova later shared a photo fo her own, which showed her holding her daughter, as Iglesias kissed her on the forehead.

So far Enrique and Anna have kept a very discreet profile, and even though they have shared images of their lovely twins Nicholas and Lucy, their life as a couple is a very private matter.

Neither Kournikova or Iglesias publicly commented on her pregnancy before the Instagram posts on Thursday.

During a 2018 interview with Vick Hope, Enrique said becoming a dad has been "incredible" and that it's "one of the best feelings in the world". I think about stupid things a few more times before doing them...

Enrique and Anna met in 2001, when he completely focused on his music career and she was one of the most popular tennis players in the world.