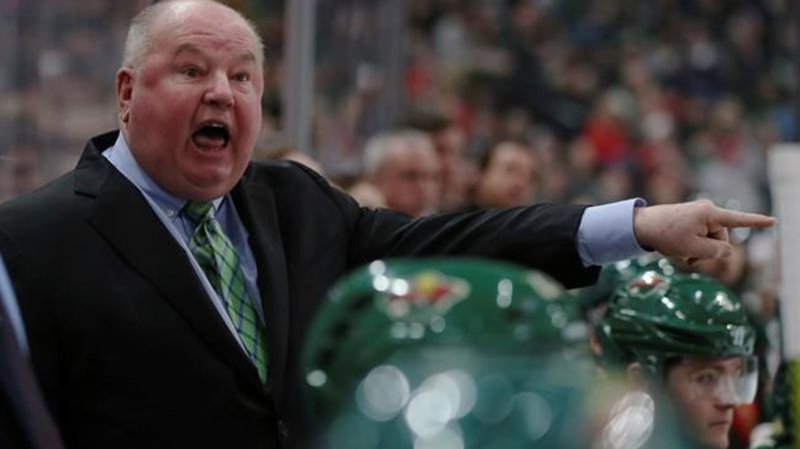 The Minnesota Wild fired coach Bruce Boudreau on Friday, with the team out of playoff position.

The Wild, who blew a 3-1 lead in Thursday's shootout loss to the New York Rangers, are now sixth in the Central Division with a 27-23-7 record, three points out of a wild card spot in the Western Conference.

A gritty 5-foot-10 center, he played over 16 seasons for five National Hockey League teams - Washington, Hartford, San Jose, Dallas, and Calgary - and had 139 goals in 803 games; he also racked up an even 1,000 penalty minutes.

Boudreau, who has initially declined comment, was in the final year of a four-year contract but has two years left in a consulting capacity with the Wild.

Boudreau is in his 13th season after previously coaching the Washington Capitals and Anaheim Ducks. His team has made the playoffs in 10 of 12 full seasons, and his 567 wins rank 22nd all-time.