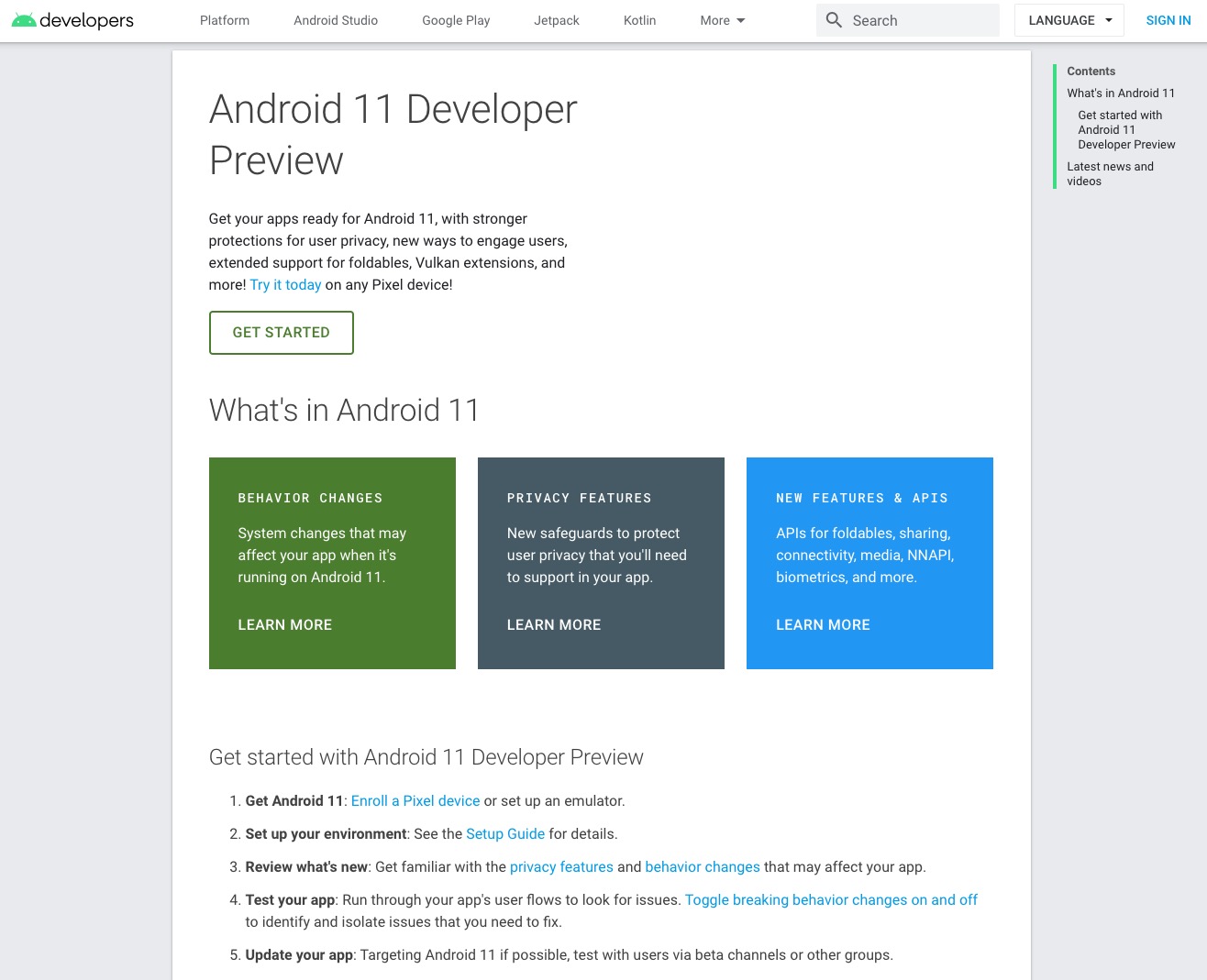 While the site has been reverted back to Android 10 you would expect that the first Android 11 Developer Preview would only be a few weeks away. We might be really close.

It's unclear if a new Developer Preview is actually coming soon or if this was all just a big mistake.

Now none of the "Behavior changes" or "Privacy features" or "New features & APIs" links work. We've reached out to the company for more information, and we'll be sure to let you know if we hear anything.

Earlier today, Google made several changes to its developer preview site referencing Android 11, only to promptly revert the page to its former state. This was a deliberate change.

The first Android 10 developer beta launched on 13 March 2019, so if the Android 11 dev beta is to be released exactly one year afterwards, it might be because someone uploaded it a month too early given it went up on 13 February.

So far, none of the other text on the page has been updated - references to it working with "any Pixel device" as well as privacy, foldables and Vulkan features are holdovers from the Android Q days. You can see what it looked like below.