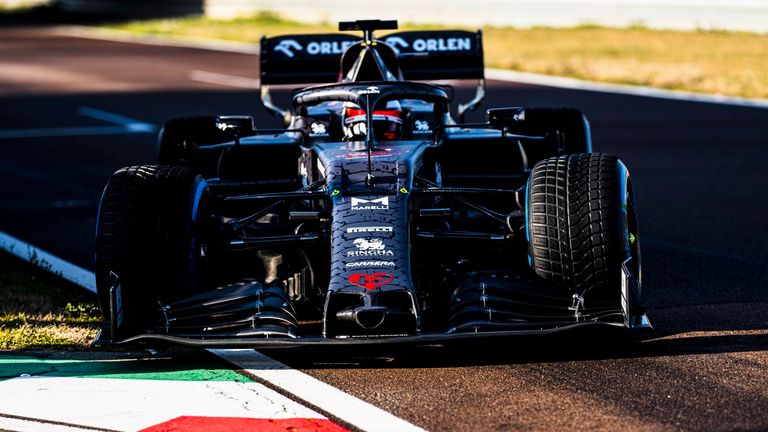 Alfa Romeo's 2020 vehicle, the C39, made its track debut on Friday morning at Ferrari's private Fiorano Track ahead of its official launch next week.

Alfa Romeo will present their new auto and livery on Monday but this morning Kimi Raikkonen has been spotted driving around the Fiorano test circuit.

Further proof that Friday's livery is a one off is the badge on the nose of the auto, which is in the shape of a heart - a nod to the timing of the Fiorano test on Valentine's day. The front wing is largely the same as a year ago, with the Ferrari concept of less drag being used.

After the shakedown - during which teams are limited to 100km of running - the new auto will then make its way to Barcelona ahead of pre-season testing, where it will be unveiled in its race livery on Wednesday morning ahead of the start of the first day of running.

The new vehicle, like in 2019, sported a test livery rather than the final livery the team will run during the 2020 season - which is expected to be largely red and white in keeping with Alfa Romeo's branding.