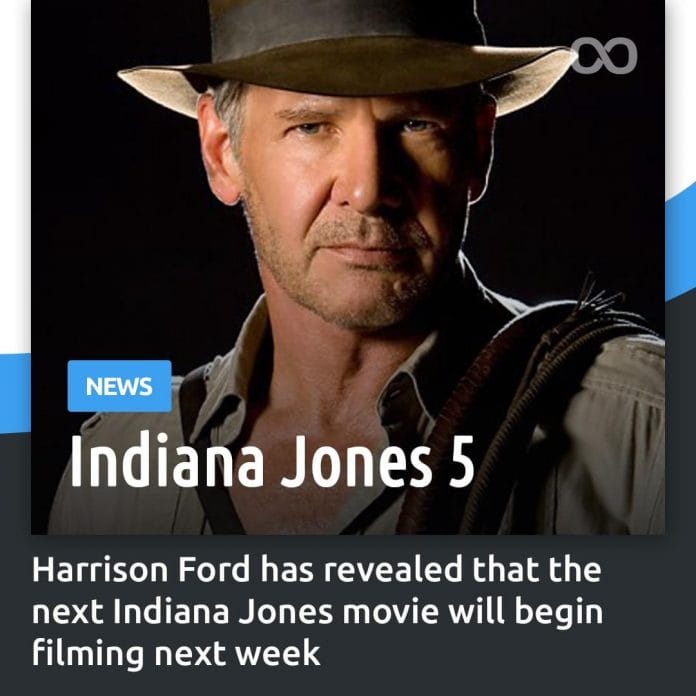 An updated production schedule has been a bit hard to pin down, but in a recent interview with CBS News promoting their new movie, the Jungle Call, Ford provided pertinent information on when we could see Indy 5 as well as his feelings about returning to the beloved characters.

Indiana Jones 5 will see director Steven Spielberg reuniting with Harrison Ford for his fifth outing as the archaeologist and adventurer Indiana Jones.

Ford dropped by The Ellen DeGeneres Show for an interview that will air Friday to promote his new film, Call of the Wild, and while there, he gave a few hints about the upcoming Indiana Jones film.

Speaking to CBS Sunday Morning, Ford was asked by correspondent Lee Cowan what the challenges are when returning to roles such as Han Solo and Indiana Jones after such a long period of time. "You know, running with tight trousers and high boots". When we have the opportunity to make another it's because people have enjoyed them. I feel obligated to make sure our efforts are as ambitious as when we started. You have a sense of responsibilities to your customers.

"I think of the people that go to my movies more as customers than I do as fans", Ford added. "I'm always delighted to come back to these characters", Ford said.

Various writers have been involved too from David Koepp (who penned Crystal Skull) to Jonathan Kasdan, the latter's story rumoured to be about a fabled train full of nazi gold that was buried in a tunnel in the last days of the Second World War.

Meanwhile, in case anyone was wondering, both Ford and Disney boss Bob Iger have said that the plan is not to kill off Dr. Jones (though Ford will be pushing 80 when the movie is released).

The fifth Indiana Jones film is now scheduled to be released on July 9, 2021.

Kingdom of the Crystal Skull grossed $790.7 million worldwide, with $317.1 million from North American theaters and $473.5 from overseas markets. As an Amazon Associate, we earn from qualifying purchases.