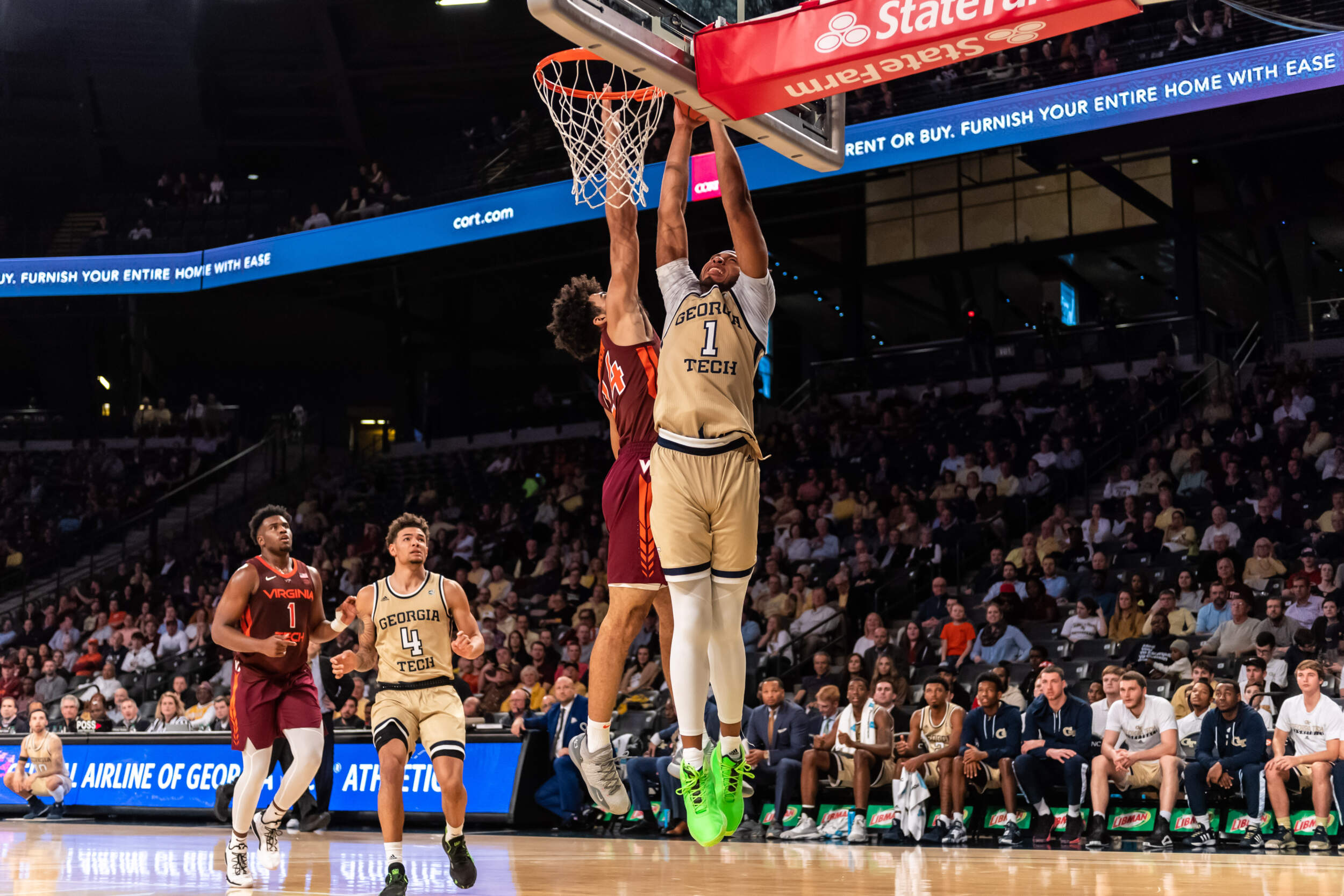 The Yellow Jackets got their biggest upset of the Josh Pastner Era with a huge upset over the No.5 Cardinals, 64-58.

Louisville posted an 80-73 home win Saturday over Virginia to improve to 21-3 overall and 12-1 in Atlantic Coast Conference action.

Georgia Tech grabbed its first lead of the game on a three-pointer from Jasmine Carson before Lotta-Maj Lahtinen rattled in a triple to give the Jackets a 12-8 edge with 3:16 left in the first. The Yellow Jackets are not very good on the offensive end and has not fared very well for the most part in games against the best teams on their schedule.

Louisville endured a scoreless drought of 4:23 before finally knocking down a free throw to halt Georgia Tech's run. The Hokies outscored the Yellow Jackets, 9-6, in the extra period to claim the 64-61 win. James Banks dove to the floor after a loose ball and flipped it to Alvarado, who spotted Jordan Usher breaking the other way for a thunderous, one-handed slam.

But Georgia Tech struggled to put the Cardinals away.

Yellow Jackets are 6-2 ATS in their last 8 Wednesday games. Georgia Tech missed its last six shots and turned it over four times during its closing drought.

Georgia Tech heads on the road for its next two games, beginning at Wake Forest on February 19 at 7 p.m.

The Newest US Coronavirus Patient Was Quarantined at Air Force Base
Organizers of the world's biggest mobile technology fair are pulling the plug over worries about the viral outbreak from China. Of the total confirmed cases, mainland China accounts for 59,539, while 1,361 of deaths are also on mainland China.

Jennifer Hudson to take part in All-Star tribute for Kobe Bryant
Bryant died tragically January 26 after a helicopter accident that also claimed the life of his daughter Gianna and seven other victims.