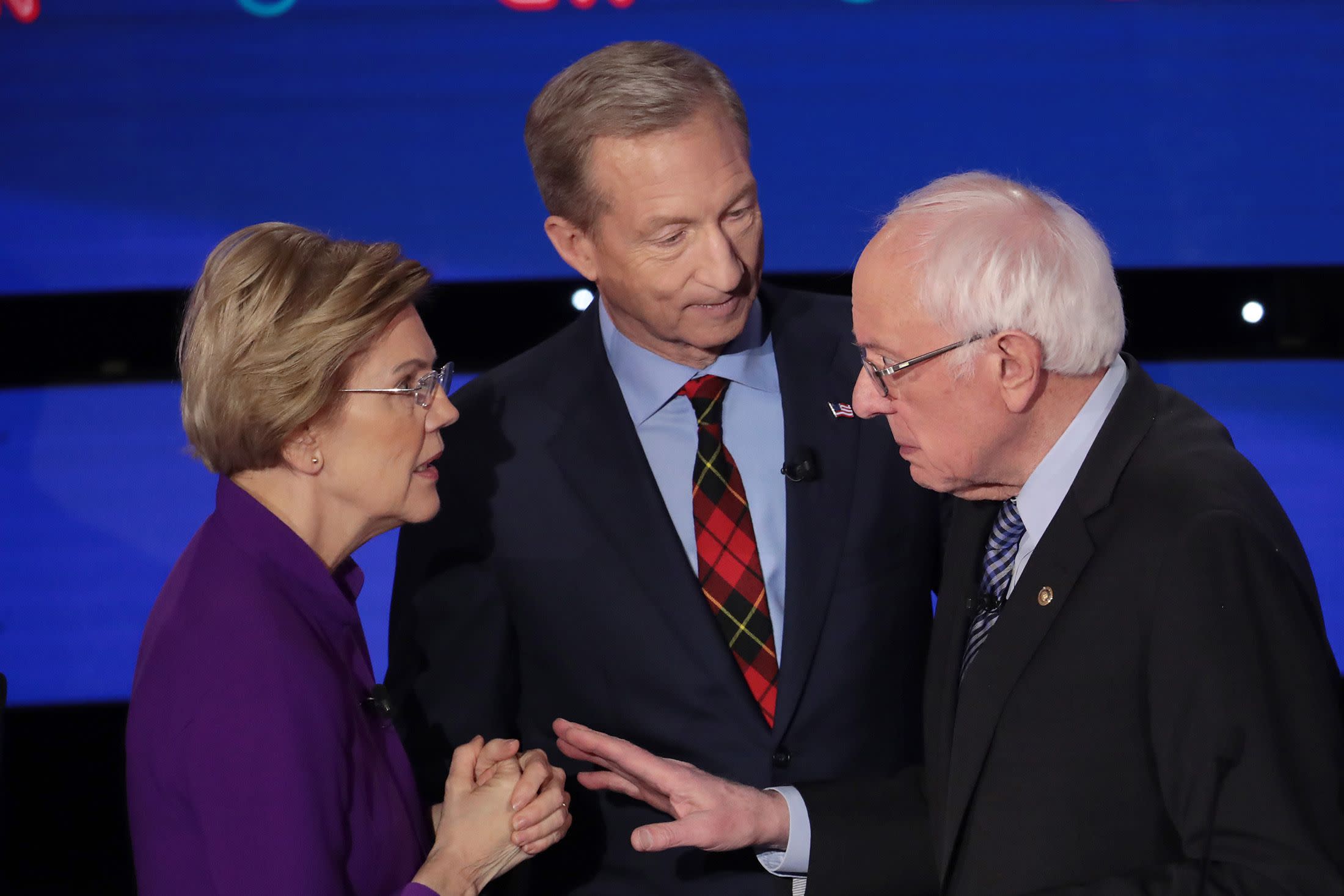 When the CNN/Des Moines Register debate concluded, the studio audience and viewers saw Warren walk over to Sanders and not shake his outstretched hand.

Sanders disputed Warren's claim that Sanders made those comments.

This exchange between Sanders and Warren became one of the evening's most talked-about moments, primarily because Warren seemed to rebuff Sanders as he reached out for a handshake.

The two US senators and liberal standard bearers in the Democrats' nominating contest to pick a candidate to take on Republican President Donald Trump in November had been locked in a dispute before and during the debate over an allegation by Warren that Sanders had told her in a private 2018 meeting that a woman could not be elected president.