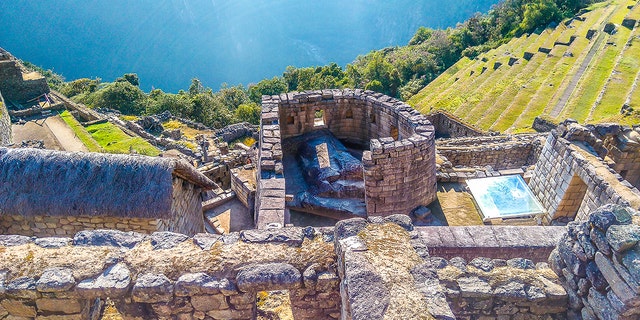 Six tourists have been arrested following a trip to Peru's Machu Picchu temple over accusations that they had defecated on the cultural heritage site.

The tourists now face at least a four-year jail term if found guilty of damaging the nation's cultural heritage.

Police found them in the Temple of the Sun, an area which is off-limits to visitors, Agence France-Press reported.

Argentine Nahuel Gomez, who will be tried in court, has allegedly admitted to attempting to remove a stone that fell to the ground and chipped, also causing a crack in the floor.

"The six tourists are being detained and investigated by the public ministry for the alleged crime against cultural heritage", Leyva is quoted as saying.

A representative for Peru's Ministry of Culture was not immediately available to confirm if the group, which consisted of a tourist from France, two from Brazil, two from Argentina and one from Chile, was now being detained as of Tuesday.

The Temple of the Sun is off limits to tourists for conservation reasons and to help preserve the Inca shrine. When the site was an Inca citadel, the Temple of the Sun would have been used to make offerings to the sun god - the civilization's most important deity.

The other five have been transported to the city of Cusco, the former capital of the Inca empire and current regional capital.

It's not the first time Machu Picchu - Peru's most popular tourist site - has been damaged by humans.

In 2017 three Argentines and a Colombian were arrested for painting graffiti on ancient walls.

The Incan Empire ruled vast tracts of the Andes Mountains in northern and western South America-stretching from Ecuador in the north to Chile in the south. In the Incan language, Machu Picchu means "Old Mountain" and was a religious center and palace built during the reign of the Incan emperor Pachacuti (1438-1471), also known as "Earthshaker".