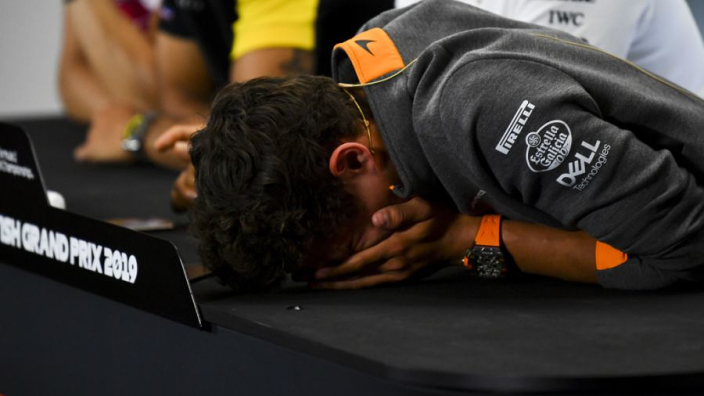 Taking over his team's You Tube channel, Lando Norris has revealed the launch date of McLaren's 2020 contender, the MCL35. In a really odd video which sees their young British driver take over the social media channel attached to McLaren, Norris apppears to let the date slip.

Speaking to the staff involved in the meeting, Norris asked about the launch date for the new auto that he and Carlos Sainz Jr will drive this year. "It is, right? Zak [Brown, McLaren CEO] told me it's the 13th".

When told it was about the launch of McLaren's 2020 challenger, to which he had referred just moments before entering the room upon seeing a sign on the wall about it, he made comments that were not supposed to be public quite yet about this auto, the MCL35.